Gearing up for a summer of fun!

So great to have 2020 finished so we can get back outside just as the weather turns nicer. Seems like spring came early after the most snow anyone alive has ever seen, and it's working out perfect for us. We have a carpenter and all the wood lined up to cut the frame pieces to put up a new 16' octagon gertee on a custom 16' deck/floor. This one will hook up to water/sewer and electric. All I have to do is shovel the rest of the snow off and help the carpenter split 3 cords of logs. He's got a nifty splitter he made custom to his needs, and all I do is hold the log in place and flip a switch.

We'll get video of the whole process this time around. We had a hold-up with the printer, should have expected it really, but hope to have paperbacks very soon, sometimes it seems like a miracle that the book exists at all. We've received great feedback from readers who oredered and downloaded the pdf ebook, some of it is so good it would be embarassing to reprint it. Several of the people who were angry with us over the long delays, and some of them were more than angry, have all written to tell us how much they like the new edition. Nordica's enthusiasm for the project is exploding... and nord.twu.net will never be the same. 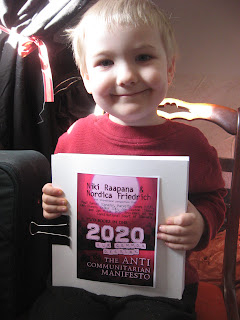 Fred with the proof
Sneak Preview of what we're building next!

I've started making mini gertee models in 1:24 scale,
this one is made almost entirely out of USPS cardboard. 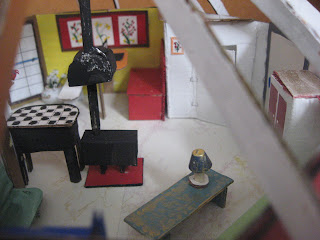 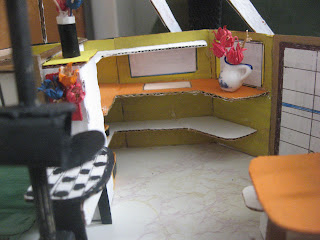 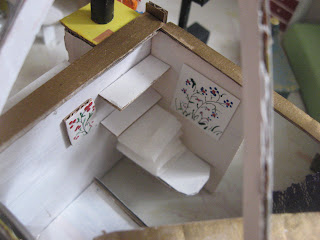 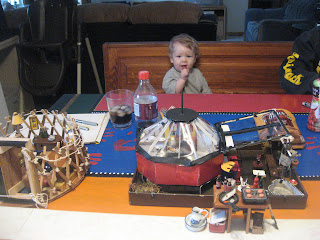