Opposition to Agenda 21 is not just a Right Wing agenda

Over the past few years we've seen a rising swell of opposition against Agenda 21 in the United States. It's becoming harder for Americans to not see that something is very wrong in America. We've also seen our book orders triple in the last few months, and a huge percentage of the orders are coming from the UK and the EU. People are catching on to the hidden nature of the plan, and seeking information at a level that almost gives me a renewed sense of hope. 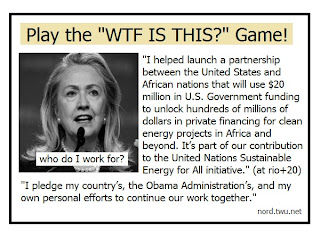 There are hundreds of new websites and articles about Agenda 21 flooding the internet. While some are innacurate, borrow heavily from other people's research and provide no new information, the good news is, they're not all conservatives. The opposition to the big lie is not only coming from Christian and Right Wing perspectives; just one "Democrat" site opened the whole topic up to a general audience uncomfortable with the idea of aligning themselves with the Eagle Forum and the John Birch Society.  Lucky for all of us, that one Democrat site uses the term "Communitarianism" to define the political theory driving Agenda 21 and all Sustainable Development around the world. Lucky for us, Rosa Koire still links to our websites and many people have found the ACL via her. Because of our low-key approach and our aversion to advertising ourselves, and because the JBS and their network of Christian affiliates do not even mention our work (even when they use it in their articles), there is no one in the "information war" who knows what Communitarianism is, or if they do know, they aren't willing to take the time to explain it properly. 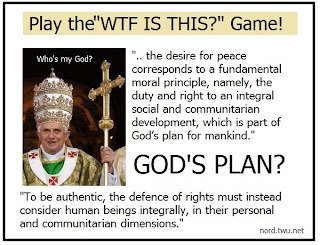 We are not Right Wing Christians and there were very few Christian writers I was willing to cite at the ACL ten years ago when we built the website. In fact I purposely avoided republishing any of the religious views thinking that was unecessary and clouded the issue. I provided links to religious people I thought were offering good research, and included in those lists were several I have since learned to distrust. It's okay, it's all part of the learning process that this kind of work requires, and our attachments to people and dialectical pieces are sometimes very deeply held and unbreakable. Especially when it comes to relgion. So I avoided it, wanting to leave something for people to hold on to and find out more about their own beliefs on their own. Today I see communitarianism is the global religion, and my next book is exploring the expanding communitarian religion, and all the churches embracing it, in detail. It's the final key to putting the whole plan into perspective, and as painful as it may be for some people to pull back this final veil, it has to be written. 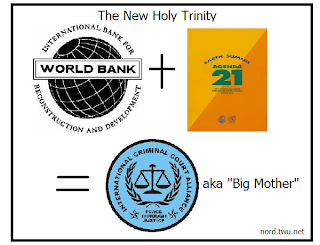 Our original thesis poses that Communitarianism is the final synthesis in the Hegelian dialectic. But that means nothing to the average reader. Hegel confuses people with Master's degrees who read Hegel in college. Our first Hegel Communitarian tutorial was designed for my father, a US Army soldier who had no formal exposure to dialectial reasoning. We later laid out our argument so that Dr. Amitai Etzioni and the Communitarian Network, who we were calling out for a public debate, could follow precisely how we arrived at our conclusion in The Anti Communitarian Manifesto.
Part 1 went online in December 2002, and Part 2 was completed in spring 2003. We started at the upper academic level because that's where the only "debates" were taking place.

Over the years I tried hundreds of ways to explain it to the laymen who begged us for a "simple" explanation.  I'm still trying, and my new approach is the 30 second flash card: 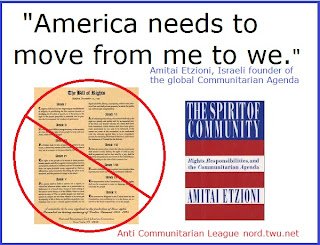 The confusion about what the term "communitarianism" actually means continues. That's why any beginner to the topic needs to know right up front that Communitarianism was designed to confuse us. We're not ever supposed to understand it. It's considered as, "most notable for its vagueness."

The new ACL website will have a beginner series of articles about Communitarianism and several new topic sections.  After 14 years of studying and writing about Communitarianism, after a few years in the social networks meeting like-minded folks and some not so like minded, I'm ready to take ACL research to the next level, and put our information into the "game."  And so is Nordica, without whom there would be no ACL, and no new ACL Books site. It should be going up in the next couple days. I'll let you know when it's up.